The Story Behind the Stories – My Will Be Done

The Story Behind the Stories – My Will Be Done 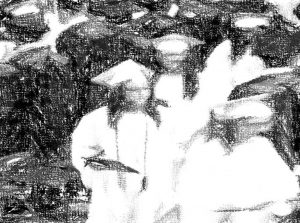 So many stories come about because of one simple question – what if? In looking at God’s will in our lives, many are often tempted to force their own will and say that it is the Lord’s will. But what if we want something so bad that we don’t think about the consequences of our requests? That’s exactly what happens in “My Will Be Done.”

A girl looking to go to an expensive Christian college prays the ultimate prayer that costs a loved one the ultimate sacrifice.

Irony in real life is a crazy thing. I named the character Marissa, which is the name of my youngest daughter, which isn’t ironic, until you see the similarities between the character and my oldest daughter, who graduated from Anderson University, an expensive Christian college. The college in the story is only referred to as A.U. In real life, we found a way to pay for college and didn’t suffer the fate of the characters in the story.  This story was published in Robin Falls Magazine in the Winter 09-10 issue when my oldest daughter was only 14 and college an “eternity” away.